Hello and thank you for dropping by. I can’t recall the last time I visited an About page before diving into a site’s content. Does anyone even read these? Well, if you’re here, that’s all that matters.

Much of what you’ll find on these pages are easy to do, make or purchase inexpensively. Spa treatments, indulgent meals, quick fixes to housekeeping dilemmas.

What else? Read on!

You won’t find politics here, period. If there’s a hot topic that I just have to chime in on, I’ll post conversation starters like this one about the Jeffrey Epstein girls.

What feels better than ending (or starting) your day in a space that fits you? A home friends and family visit and are never in a hurry to leave. You absolutely can upgrade your space whether an apartment, condo or house, to have it feel like the home of your dreams.

This magazine-style layout was selected to give you the experience of flipping through the pretty pages of a magazine. Like when you’re in line at the market. Except now you can read THIS magazine in line or anywhere you are. Don’t pretend you don’t always have a device on you!

I’m all about brain-training while having fun, collecting and so on. You’ll find this site sprinkled with articles about the best of the best in my toolbox. If I don’t like or use it, it’s not linked here. Period. Products or applications that I do use will be noted and will use affiliate links. A girl’s gotta eat!

Of the top 10,000 Amazon Reviewers worldwide, I rank below 5,000. I have been reviewing products on Amazon for decades, before influencers even were a thing. I take my reviews seriously and I do not accept payment for any reviews at all. If you would like an honest review, feel free to contact me directly using the form on this page.

I love my neighborhood. It’s the perfect mix of city and suburb. Million dollar mansions, condos with incredible views and easy access to New York City make it a great place to live. If it’s happening here, I’ll be talking about it.

Living well means (for me) listening to good music. I have no favorite genre although if I had to pick one, I’d pick funk. Share some of your favorite music with me; just head over to my YouTube collaborative playlist. Anyone can add new videos of music, funny commercials or whatever it is that makes you smile.

I was recently diagnosed as Bipolar 1. This is not a complaint. It’s simply a fact. My brain and a normally healthy brain function differently. That’s a fact. Add to that over 4 decades of sleep deprivation, and there’s more damage that’s been done. That’s science. A bipolar brain reacts and responds to emotions and stimuli differently.  Otherwise, it would simply be called THINKING. 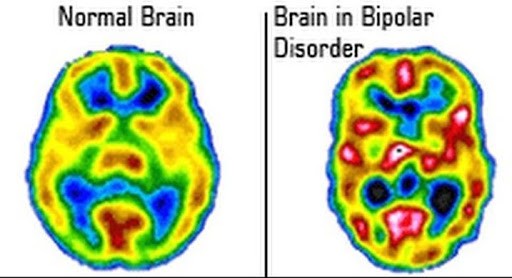 I am doing what any intelligent being who still has the capacity to think and research would do. I’m learning how to cope with what I now know is not just moodiness, bitchiness, laziness, and the number of other terms that have been used to describe what no medical professional recognized until recently.

Thankfully celebrities that we respect like Mariah, Zendaya , Viola, The Rock, Chrissy Tiegen and so many others are opening up about their experiences.

Kristen Bell, whose mother is a nurse and revealed her disorder to her when she was 18, said it best. “You would never deny a diabetic his insulin, ever. But for some reason when someone needs a serotonin inhibitor, they’re immediately crazy or something.” Creative industries are where we thrive. We’re every-fucking-where. It’s just easier to hide, medicate and endure when you’re shielded by stardom and…money to afford the appropriate care.

I’ve tolerated chronic insomnia lasting for days on end since I was a child. Before the pandemic, I had no idea it frequently takes me hours to leave my apartment, just to get groceries within walking distance.  While this site is not all about that, I have found incredible games, devices, organizations, meditations, apps and practices that have helped to calm me [in lieu of medications that really fucked me up] and that may make these disorders more manageable over time. Even dietary changes can improve moods as I’ve discovered since I eat out far less frequently than I used to. I’m glad to share these things with the community that has enveloped me. I hope it helps you cope with it yourself or with loved ones who similarly cope with mental illnesses such as bipolar disorder.